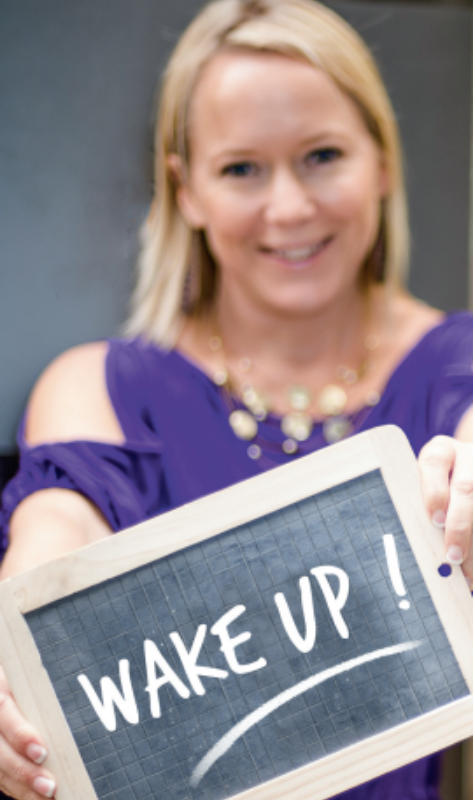 Christine Lewicki is a bestselling author, Certified Career & Business Coach (PCC) and sought-after motivational speaker who loves to express herself with her heart and guts.

Her passion is to help people quit complaining and become entrepreneurs of their life. She is brilliant in inspiring everyone to get out of victim mode and share their best self with the world.

For over 10 years she enjoyed a successful career in the corporate world as a Human Resources Manager for several multinational firms. Christine Lewicki relocated to Los Angeles, CA in 2000, became passionate about life and career coaching, and launched her coaching practice in 2007. Christine served on the board of the International Coaching Federation Chapter of Los Angeles from 2009 to 2011.

In 2010, she decided to quit complaining and at the time didn’t fully realize she embarked on a life-changing journey that gave birth to the French Best-Seller J’Arrête de Râler! – AKA I Quit Complaining. With more than 300 000 + copies sold in French only, her book is now translated in 8 languages (English, Spanish, Italian, German, Greek, Korean, Japanese, and Chinese).

Christine offers her speaking services to organizations who aspire to give their company culture a boost of collaboration, kindness and efficiency. Christine has the gift to communicate and convey her message clearly to touch her audience. She interacts with your public with passion and determination with an ability to weave humorous real life stories! She also offers career and leadership coaching services to professionals who want to thrive. Her clients say: “Working with Christine is like switching on a light bulb that illuminate your way on the path to success.”

She is a wife and the mother of three kick-ass girls, always striving to live her busy and rich life to its fullest. Christine has been featured on the first page of Yahoo.fr and the Huffington Post as well as on numerous national magazine (including Le Monde, Elle and Marie-Claire). She also appeared several times on National Television and radio shows.

“One of the top 8 coaches to boost happiness!” BIBA Magazine

“The public loves her.” ELLE Magazine

Interested in having Christine as motivational speaker for your company? Or as a coach to help you reach your personal or career goals?